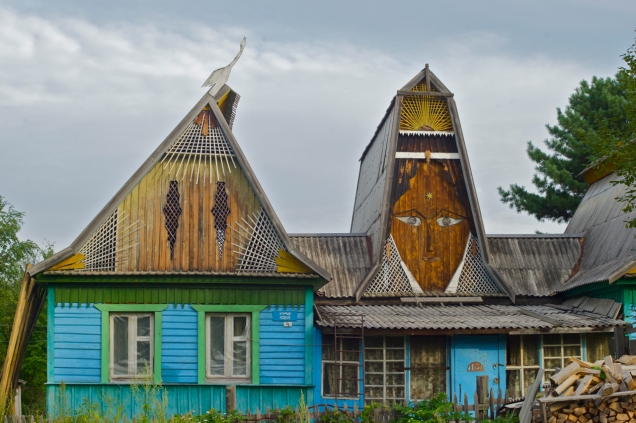 This unsual house, one of several of its kind in the village were built by a Ukrainian gypsy artist whom people called |”barada,” the Russian word for beard. He had big black beard. I met him several times when I was here before. I drank a lot, and he died a few years ago.